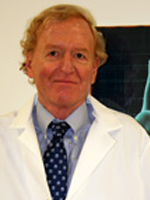 Dr. Force is Professor of Medicine and Associate Director of the Center for Translational Medicine at Temple University School of Medicine. He received his A.B. from Harvard College, and his MD from Harvard Medical School. He completed his residency training in Internal Medicine at the University of Vermont, and his Cardiology fellowship at the West Roxbury VA Medical Center/Brigham & Women’s Hospitals. He was at the Massachusetts General Hospital from 1986 to 2000 where he served as the Medical Director of the Cardiovascular Health Center (1986-1993) and as the Director of the Stress Testing Laboratories (1993-1996), and in addition directed a basic research effort focused on identifying molecular mechanisms regulating growth and death of cardiac myocytes. He moved to the Molecular Cardiology Research Institute at Tufts University in 2000 to continue that work as Director of the Cardiomyocyte Biology Laboratory. He was Professor of Medicine at Tufts from 2000-2005 and then moved to Philadelphia.

He is an Established Investigator of the American Heart Association, is the recipient of the Janice Pfeffer Award of the ISHR, and is President of the Heart Failure Society of America. He served on the editorial board of the Journal of Biological Chemistry (2000-2009) and is currently on the editorial boards of Circulation, Circulation Research, Circulation Heart Failure, and JACC. He recently chaired the Hypertrophic Cardiomyopathy Working Group of the NHLBI which focused on defining new clinical and basic research initiatives in the study of the disease.

He is now co-chair of an NCI/NHLBI initiative addressing cardiotoxicity of cancer therapeutics. Finally, he is on the Basic Cardiovascular Sciences Council of the AHA. He will be moving to Vanderbilt University to direct the Cardiology Division’s Basic and Clinical Science initiatives.