CCC 2014: Recent Advances in the Management of Atrial Fibrillation 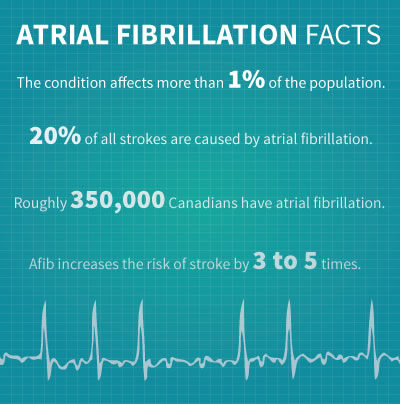 Until the new oral anticoagulant (NOAC) drugs became available, beginning in 2009, warfarin was the workhorse for managing stroke risk in patients with atrial fibrillation. In his Research Achievement Award presentation, Stuart Connolly, MD, of McMaster University in Hamilton, Ont., provided a useful overview of the importance of these drugs and highlighted areas of emerging interest.

Prior to the NOACs, there was a great need for better treatment options for stroke management. These new drugs—including dabigatran, apixaban and rivaroxaban—mark a significant advance over warfarin. They reduce the occurrence of stroke by about 20 per cent, mortality by 10 per cent and bleeding in general.

Despite the fact that they’re safer and more convenient, Dr. Connolly pointed out, NOACs are still not being employed as widely as they should in high-risk patients. He speculated that this may be due, in part, to the additional cost.

Management of atrial fibrillation is a balancing act between the risk of bleeding and the risk of stroke due to thrombosis (formation of a blood clot). There is a tendency, he said, to place greater emphasis on stroke prevention because bleeding is less critically harmful and most bleeding is not immediately fatal. However, it is important to recognize the dangers of bleeding. As an example, he cited research indicating that, after a major bleed, the risk of death increases by 30 per cent over the following 12 months.

Looking forward, Dr. Connolly highlighted two emerging areas that bear watching. Many people who have atrial fibrillation experience no symptoms and so remain undiagnosed. Such sub-clinical cases of atrial fibrillation have been found in up to half of pacemaker patients. What we don’t know is how common it is in the general population and what the risks are. This is an important question because there is evidence that it may be associated with a more than twofold increase in stroke risk. However, it’s not clear whether these cases should be treated with anticoagulants. There are studies currently under way, and we should know more in the next two years.

Another area of interest is treating stroke risk in the atrial appendage—a small pouch at the front of the heart. In patients with atrial fibrillation, blood can pool in the appendage and form clots. For patients who are unable to take anticoagulants, this presents a serious risk. There are two ways to deal with the appendage: remove it surgically or block it with a device delivered via catheter, the catheter-based option being much less invasive. Several of these devices have been developed and some are currently being used in Europe, but the safety and efficacy data is not yet strong enough to support approval in North America.