Helping the Heart Heal Itself: The Promise of Regenerative Medicine

September 2011
When a blocked artery causes a heart attack, tissue in the region of the heart served by that blood vessel quickly starts to die. Today, most patients survive an acute heart attack, but there are downstream health implications for these serious cardiac events. Scar tissue that forms in the weeks and months that follow cannot do the work of normal heart muscle and can interfere with the electrical signalling that coordinates the heart’s pumping action. Heart failure and dangerous arrhythmias can result.

Cardiovascular researchers have long wished that the heart could be coaxed to replace damaged tissue with functional heart cells instead of scar tissue. But until just a few years ago, the heart was thought to be a static organ, meaning that shortly after birth, a person’s heart contained all the muscle cells (cardiomyocytes) that it would ever have. Scientists now estimate that in a healthy adult heart, up to 1 per cent of the muscle cells may naturally die and be replaced every year.

While this innate process of cardiac renewal is slower than in many other organs, the newly recognized ability has caught the eye of researchers interested in harnessing the body’s own repair mechanisms to fix or replace damaged tissues. This approach is known as regenerative medicine.

High initial hopes for using embryonic stem cells—which can develop into any type of cell—to repair damaged heart tissue have been somewhat dampened. Controlling the behaviour of embryonic stem cells once introduced into the body has proven to be more difficult than expected. Their propensity to form tumours has been particularly troubling.

It is not embryonic stem cells, though, that directly repair the heart but cardiac progenitor cells (CPCs), which produce heart muscle, and endothelial progenitor cells (EPCs), which produce new blood vessels. These stem cells are farther along the developmental pathway to a specialized end point, and, because they are already committed to building cardiac tissue, they do not form tumours. Researchers at the University of Ottawa Heart Institute are now looking for ways to supercharge these cells to spur more extensive repair of tissue damaged by heart attack and, in related research, of blood vessels ravaged by diabetes.

Dr. Darryl Davis, a clinician–scientist at the Heart Institute, has been working with CPCs since his postgraduate studies at Cedars-Sinai Medical Center in Los Angeles with Dr. Eduardo Marbán, a pioneer in the area of cell therapy.

The research in Dr. Marbán’s lab led to an ongoing phase I clinical trial in the United States. In that trial, a sample of a patient’s own heart tissue taken after a heart attack was used to grow CPCs in an elaborate culture system. The CPCs were then harvested and re-infused into the heart. (Since these cells come from a patient’s own tissue, there was no fear of rejection by the patient’s immune system.) The researchers thought that this culture system was required to produce enough CPCs for treatment.

“We’re basically taking these cells out, souping them up and putting them back in to get them to work harder.” – Dr. Darryl Davis, Clinician–Scientist, UOHI

But Dr. Davis, who was recruited back to Ottawa by the Heart Institute from Cedars-Sinai, now believes that the prolonged culture system used in this trial may not be needed. In addition to taking a long time to grow—delaying the reintroduction of the repair cells to the heart—the CPCs produced by the culture system may not be as active and hardy as the researchers had hoped.

Dr. Davis would like to produce stronger CPCs that are ready for infusion in a week or so, compared to several weeks as seen in the ongoing trial. His laboratory is currently working on two ideas to improve the growth and reintroduction of CPCs. One is to generate the cells directly from collected heart tissue, without going through the lengthy culture step. The second is to genetically engineer the new CPCs to repair the heart more efficiently.

To find heart tissue for generating the needed cells, Dr. Davis turned to a source that would otherwise end up as medical waste. During bypass surgery, a small piece of the heart called the atrial appendage is routinely removed. With consent from bypass patients, Dr. Davis collects this tissue for use in his research. 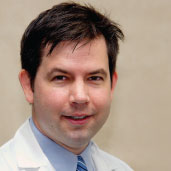 Dr. Darryl Davis, MD, joined the Heart Institute as a Clinician-Scientist and Cardiac Electrophysiologist in 2009, following medical training at the University of Ottawa and post-doctoral basic research in the laboratory of Dr. Eduardo Marbán at Cedars-Sinai Medical Center in Los Angeles. 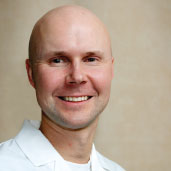 Erik Suuronen, PhD, joined the Heart Institute in 2005 as Principal Investigator in cardiac surgery. He became Director of the Cardiovascular Tissue Engineering Laboratory in 2010. He also serves as Assistant Professor in the Department of Surgery with a cross-appointment in the Department of Cellular and Molecular Medicine at the University of Ottawa.

“From our vantage point, taking the atrial appendage is ideal because you get a large amount of tissue, and we’re able to generate a fair amount of cardiac progenitor cells within seven to ten days,” explained Dr. Davis. In work performed before he joined the Heart Institute, he showed that CPCs could be successfully generated directly from this tissue. Currently, his laboratory is the only one in Canada that can perform this technique.

After gathering the CPCs produced by the tissue, the researchers introduce new genes into the cells that make them overexpress certain hormones. These hormones help the CPCs attach themselves to the heart and promote the growth of new heart cells and new blood vessels.

His laboratory is now testing these cells to assess their ability to engraft and repair a large amount of damaged heart tissue. “We’re basically taking these cells out, souping them up and putting them back in to get them to work harder,” he said.

Rescuing Cells from a Toxic Environment

Erik Suuronen’s interest is EPCs. He is Principal Investigator and Director of the Cardiovascular Tissue Engineering Laboratory at the Heart Institute. In recent work, his laboratory created a biomaterial that provides a safe haven for EPCs circulating in the blood. The material helps to keep EPCs at the damaged site and fosters their development of new blood vessels. Heart attacks and some chronic health problems, such as diabetes, can damage blood vessels, which in turn reduces the supply of oxygen and damages other tissues.

“What we’ve found is, the animals that have these cells … are able to restore the blood flow the same as a normal, healthy animal.” – Erik Suuronen, Principal Investigator, Director, Cardiovascular Tissue Engineering Laboratory, UOHI

In earlier research (see The Beat, Volume 4, Issue 1), Suuronen and his colleagues showed that injecting this biomaterial into a model of blood vessel injury in the leg encouraged the repair of blood vessels and increased blood flow at the site of injury. His team is currently testing the biomaterial in a model of heart injury, but Suuronen has also expanded his scope of interest in two ongoing collaborations with diabetes researchers. Diabetes is a major contributing factor in heart disease and many patients suffer from both conditions. The incidence of diabetes is predicted to rise significantly in the coming decades.

One of these collaborations, with Greg Korbutt from the Alberta Diabetes Institute, is testing ways to improve the success of islet transplantation in diabetic patients. The islet cells of the pancreas produce insulin and are defective in type I diabetes. Islet transplantation, where islets from a healthy donor are infused into a diabetic patient, has met with limited success—about 85 per cent of islet grafts fail within one year.

“The lack of vasculature—of blood vessels—is one of the limitations,” explained Suuronen. “That’s why we’re collaborating. We have these materials that are able to induce blood vessel regeneration and blood vessel growth. We’re looking at whether we can combine our ability to get blood vessels to grow into a biomaterial with islet transplantation, to see if that will improve the islets’ survival and function in terms of regulating diabetes.”

The biomaterial Suuronen and Korbutt are testing is a mix of collagen and chitosan, a protein found in some shellfish. In early studies, they discovered that the addition of chitosan to the collagen matrix improved the formation of cells that line the blood vessels and that it encourages blood vessels to grow into the site of implanted islets. Though their work is just beginning, they have seen that after using the biomaterial to deliver islets into diabetic mice, the animals are once again able to regulate their blood sugar levels for up to six weeks.

A second collaboration with Ross Milne, Director of the Diabetes and Atherosclerosis Laboratory at the Heart Institute, is examining a related problem—dysfunctional EPCs in diabetic patients. One explanation for this defect is that the diabetic body produces by-products toxic to these cells. “Even if you give [these patients] healthy cells, because of the environment that they’re going into, those cells don’t perform as well. They die faster, they don’t produce the signals that are necessary to promote blood vessel regeneration and they don’t migrate as well to the sites where they’re needed,” explained Suuronen.

The collaborators have identified one of these toxins as well as an enzyme produced in healthy bodies that can convert this toxin to a nontoxic substance. In proof-of-concept studies, the scientists are providing mice with EPCs that produce an excess of the enzyme. “What we’ve found is, the animals that have these cells … are able to restore the blood flow the same as a normal, healthy animal,” he recounted.

In future studies, they plan to test a matrix that will release drugs that fulfil the same function as the enzyme: purifying the cells’ environment by removing the toxin. Such an approach would be more feasible to translate to people, explained Suuronen.

A Real Option for Patients

In addition to their individual work, Dr. Davis and Suuronen have recently begun a collaboration, pitting their cells in a head-to-head contest to see if one type of progenitor cell is better than the other at repairing a damaged heart. While only CPCs can produce new heart muscle tissue, EPCs increase blood flow and can rescue tissue that might otherwise have died.

But in addition to the competition, “we’re also looking at synergy. I think the two cell types will be synergistic,” said Dr. Davis. “If we find that, we’ll also be looking at ways we can make our cells work better together.” Both researchers see a practical role for regenerative medicine emerging in the clinic over the next decade. “I think it will have a role in improving heart function, essentially making people feel better,” said Dr. Davis. “The amount of benefit you can get from medicines and devices is finite, and I think that in five to ten years, we’re going to be able to do cell therapy for patients who need it. It’s going to provide an incremental benefit.”

The grander aspirations of truly restoring heart function will likely be further off, perhaps requiring scientists to learn how to manage the less differentiated cells. But even with adult progenitor cells, “we’ve seen in the clinical trials of cell transplantation that it does provide an improvement in patients’ day-to-day quality of life,” said Suuronen.

“With continued development of our understanding of how these cells provide that improvement, I think we’ll be better able to determine which patients are best suited to receive the treatment, and also be able to refine it—the timing of when the cells are delivered, the dose they’re delivered in, and whether it’s a single cell type or a mixed cell population. More of that information will come out over the next few years, and I think that will make it a real option for patients,” he concluded.