Building a Community for a Revolutionary Surgical Technique 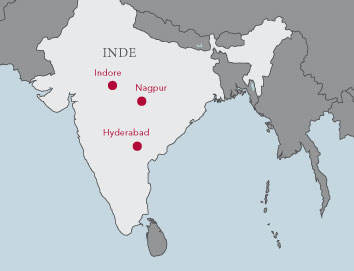 For a groundbreaking new technique to gain traction within the global surgical community, it must have a community of practice—“a community of surgeons,” explained Dr. Marc Ruel, “performing it regularly, who can give feedback to each other and develop new approaches and tricks within the technique. A technique will only develop once a lot of people are doing it.”

Compared to standard coronary artery bypass grafting, Dr. Ruel’s minimally invasive technique has many advantages that make it appealing in the Indian setting.

In standard coronary artery bypass grafting, the surgeon must make a 25-centimetre incision in the chest—large enough to place a hand through—and crack several ribs. MICS CABG requires only a tiny 4-centimetre “window” incision between two ribs. The surgeon then uses special tools to gently mobilize the heart, bringing each artery requiring grafting into view.

While an earlier version of MICS CABG did not perfectly replicate the results of the standard surgery, improvements over the past seven years have produced a minimally invasive technique that allows for blood-vessel grafting identical to that seen with more-invasive surgery.

Dr. Ruel is now helping build a community of practice for the new procedure. Currently, he said, only about a dozen surgeons worldwide, trained by himself or Dr. McGinn, perform the technique on a regular basis. (While safe and effective, the minimally invasive technique is still difficult to learn.) But that number is likely to rise rapidly after Dr. Ruel’s recent trip to India, where he trained more than 250 experienced cardiac surgeons in the procedure during a whirlwind five days.

The surgeons of STAR Hospitals in India directly reached out to Dr. Ruel about the possibility of his travelling to India to perform a series of instructional seminars. The hope was to allow the maximum number of interested doctors to be trained at once instead of sending just a few to Canada for training.

“India has a great burden of coronary artery disease, largely due to genetic factors,” explained Dr. Ruel. “It’s estimated that the country could harbour up to one-third of the world’s coronary disease. So cardiac surgeons there are very skilled, very innovative.” For most Indian patients, he added, coronary artery bypass grafting is often a favoured alternative over stenting, because grafting is more durable—only 25 per cent of patients undergoing grafting eventually need another operation. While stenting is a standard approach in developed countries, it has a higher rate of reintervention and requires that patients take drugs daily to help keep their stents open. These ongoing patient management concerns are more difficult to deal with in the Indian setting.

Compared to standard coronary artery bypass grafting, MICS CABG has many advantages that make the technique appealing in the Indian setting. It has a shorter recovery time, allowing patients both to leave the hospital sooner and return to work faster—important in a country where many people lack health insurance and disability insurance. In addition, the rate of wound infection is much lower with the minimally invasive technique, and “deep infection of a wound has not been seen,” added Dr. Ruel.

Another advantage over robotic surgery is that the robotic technique can be used to bypass only one or two blood vessels, whereas MICS CABG can accommodate as many as standard open bypass surgery. “With our minimally invasive approach, the operation inside is the same as a regular bypass operation, but on the outside, the wound and the physical disability that comes with it is greatly reduced,”Dr. Ruel emphasized.

During his five-day tour, Dr. Ruel trained surgeons at five hospitals in three cities: Indore and Nagpur (where he taught at three hospitals), both in central India, and Hyderabad, closer to the east coast of the country.

At each hospital, he demonstrated the MICS CABG procedure on actual patients, with a video camera and microphone strapped to his forehead. Doing so allowed Dr. Ruel to show and describe the procedure in real time to audiences of up to 125 surgeons, who asked questions throughout the demonstrations.

Some doctors did more than just ask questions. In Hyderabad, Dr. Gopichand Mannam, the chief surgeon, jumped in right away. “I had another procedure scheduled,” recounted Dr. Ruel, “and I asked him, ‘Do you want to do it?’ and he said, ‘Sure, I’d love to.’ So then he’s wearing the video camera in front of 125 of his colleagues, and he did the operation. And hands down, he did it perfectly—he remembered everything I did.”

“It took a level of attention and concentration that I have rarely seen,” he added. “The Indian surgeons are very skilled—they see coronary artery disease all the time; it’s a major part of their practice. MICS CABG isn’t an operation for every surgeon, but I think we had the right group of surgeons here who will adhere to it.”

“It’s very important that we have a greater community of surgeons to help develop this technique, and with this trip, I think we were able to achieve that,” said Ruel. “[Traditional] bypass surgery is a great operation. The problem is that it’s so invasive. It’s time now, 30 or 40 years down the road—with the foundations of bypass surgery being so well-established—it’s time to work on its invasiveness. This operation may not be the final answer, but it’s certainly a very significant step forward.”

Dr. Ruel already has plans to travel to Japan this summer for a similar type of on-site training to bring more surgeons into the growing community of MICS CABG. He and his new Indian colleagues also hope to plan a follow-up visit to delve into the technique more deeply. “The goal would be to follow up with a visit in a year or two and do what we call ‘minimally invasive CABG 201’; this last visit was more like ‘101.’ The first level is safety and efficacy, and the second level is to make it easier and more routine.”