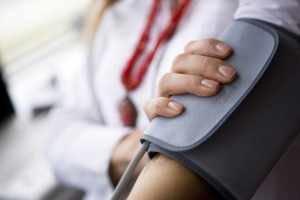 Although most cases of high blood pressure have no easily identifiable cause, the condition’s effects are clear, including increased risk of stroke, heart attack, and heart failure. The medical consensus is that using medications to lower blood pressure benefits patients, but how low has remained an open question.

Released simultaneously at the AHA 2015 conference and in the New England Journal of Medicine, SPRINT included over 9,000 volunteers, half of whom were assigned to standard therapy (to bring systolic pressure below 140 mm Hg) and half to intensive therapy (below 120 mm Hg). Medication regimens were individualized and relied on standard, widely available drugs: mostly diuretics, ACE inhibitors, calcium channel blockers, and angiotensin receptor blockers, with other drugs used as needed to meet the blood pressure targets.

All participants were at least 50 years old and had high blood pressure and at least one other risk factor for heart disease. The trial included older patients (75 years or older), people with chronic kidney disease, and people with a history of cardiovascular disease. The participants were also diverse: about 36% were women, 30% African American, and 11% Hispanic. People with diabetes, prior stroke or advanced kidney disease were excluded.

SPRINT was scheduled to run for five years but was stopped after less than three and a half because of the strong benefits seen in the intensive therapy group: those participants had a 43% decrease in risk of death from cardiovascular disease and a 27% decrease in overall mortality compared with the standard treatment group. This was true across all subgroups, including older participants.

A concurrent paper, published in the Journal of the American College of Cardiology, estimated that 16.8% of U.S. adults would meet the SPRINT eligibility criteria. A major question going forward, explained Dan Jones, MD, of the University of Mississippi and a past president of AHA, will be whether the SPRINT results can be generalized to other groups of patients, such as younger people or those with diabetes.