Insights into Inflammation and the Heart

The next time you stub your toe so hard it becomes red and swollen, consider the fact that you are witnessing one of life’s original defensive manoeuvres. When ancient Earth was populated only by microscopic, single-celled organisms, if one of them preyed upon another the only result was death. But as cells teamed up to create larger networks—including the complex organs and tissues that now make up our bodies—they also developed an array of biochemical responses to attack. Among the most sophisticated of these mechanisms is inflammation, which occurs when the immune system musters agents such as white blood cells to crowd around the scene of an injury or infection so they can eliminate the problem.

Today, billions of years after the planet’s primordial inhabitants began slugging it out, researchers still have a lot to learn about inflammation. So much so that “Inflammation in Cardiometabolic Disease” served as the theme of the 5th International Ottawa Heart Conference, which was held over two days at the end of March.

“In terms of how we’ve understood how coronary artery disease develops, it’s only in the last 10 years at most that we’ve realized this is an inflammatory disease,” said Ottawa Heart Institute researcher Katey Rayner, PhD, who co-chaired the event with University of Ottawa researcher Subash Sad, PhD.

Not surprisingly, she and her colleagues were eager to assemble scientists at the leading edge of this field to compare notes on what they have found so far, as well as what might lie ahead. Researchers from Canada, the United States and Europe showed the audience what we are learning about the molecular intricacies responsible for heart disease and generated much lively discussion along the way.

“If we can figure this out, we might be able to develop a new class of therapies,” suggested Nicholas Leeper, MD, an associate professor of surgery with the Stanford University Medical Center in California. He was referring specifically to the implications of a genetic mutation that appears to be intimately associated with various forms of heart disease. It appears to be critical to a process called efferocytosis, which consists of a series of chemical signals that flag dead or dying cells for disposal by phagocytes, a special class of cells that act as the body’s clean-up crew.

According to Dr. Leeper, if the mutation compromises the efficiency of this crew, it could explain why dead cells pile up to form the plaques inside of blood vessel walls that can narrow arteries and lead to heart attack. He concluded that drugs targeted at this wayward gene might be able to restore the role of efferocytosis, perhaps shrinking the plaques or preventing them from forming in the first place. 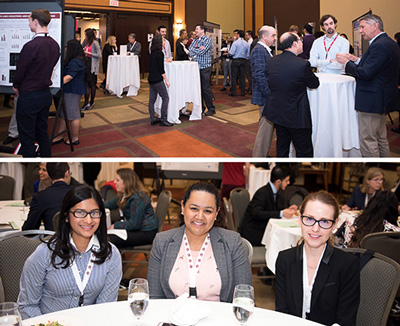 Dr. Rayner picked upon this concept in a description of her own examination of these plaques. They contain some cells that simply reach the end of their natural lifespan, she explained, but they also contain many others that have been killed prematurely by inflammation. She and her colleagues have been studying proteins that set an inflammatory cascade into motion, yielding a much more aggressive campaign of cell death called necroptosis.

She noted that individuals can be quite healthy even with plaques scattered throughout their bloodstream, but when those plaques are formed by inflammation and necroptosis, they pose a much greater threat to cardiac health. She also argued that the current array of plaque-fighting therapies, which try to remove fatty molecules known as lipids, do not tackle the underlying causes of inflammation, which are still being explored.

“A one-size-fits-all approach to lowering lipids or blood pressure is not necessarily going to work,” said Dr. Rayner.

Further progress along these lines will depend on an improving ability to visualize processes like necroptosis. Several speakers pointed to the use of radioactive tracers for positron emission tomography (PET) imaging, a technique that captures not just the physical details within affected tissue, but also the metabolic activity that is taking place. This approach, dubbed integrative imaging, has become a powerful tool for uniting the many different facets of heart disease.

“It allows the simultaneous assessment of several issues and biological processes and gives you insights into systems biology,” said Ahmed Tawakol, MD, who co-directs a cardiac imaging program at Massachusetts General Hospital in Boston. “It turns out that one of the reasons it’s useful for inflammation imaging is that metabolic activity goes up in proportion to the inflammatory activity of cells.”

By outfitting investigators with information about the density of cells in an affected region as well as the biochemical interactions those cells are promoting, these images shed new light on questions that were previously impossible to answer. Dr. Tawakol is particularly curious about the less obvious causes of atherosclerosis, the hardening and narrowing of arteries.

“Atherosclerotic mechanisms have important components that begin outside the vessel wall and that’s where it starts to get very interesting,” he said, pointing to mental stress as one of those components. Integrative imaging reveals how this behaviour releases immune system cells that make their way throughout the circulatory system, the brain and bone marrow, where they can be correlated with known risk factors for cardiovascular disease. He regards the newfound ability to track this potential health hazard as a breakthrough to help individuals address their condition with straightforward lifestyle changes rather than elaborate drug regimens.

The conference also dealt with dramatic innovations that could make laboratory findings much more relevant to the lives of patients and doctors who are confronting everyday life with heart disease. Josef Penninger, MD, senior scientist and scientific director at the Institute of Molecular Biology in Vienna, Austria, outlined ideas at the frontier of this science, such as techniques for growing human blood vessels that can be implanted into mice so that they serve as a more accurate model for study.

Peter Liu, MD, the Ottawa Heart Institute’s Chief Scientific Officer and Vice President of Research, maintained that the use of such “humanized” mice has led to significant progress in the understanding of inflammation in cancer. He emphasized that cardiovascular researchers would likewise benefit from this example as they consider the role of inflammation in their own discipline.

Such vigorous exchanges made for a lively conclusion to the conference, which featured brief accounts of new work by students and early stage academics, as well as an “Ask the Experts” panel that revisited details from earlier talks and entertained open-ended queries about where the research will go in the years to come. This format captured the essence of the entire event—which ranged from general observations about human health, to a series of “deep dives” into highly technical examples of research,  to the implications that research offers to anyone touched by heart disease—and highlighted the importance of such in-person gatherings.

“We could all sit at home and read the studies,” said Dr. Rayner, “But we have to come together and learn from each other.”