Collaborative studies with the laboratory of Dr. Hsiao-Huei Chen at the Ottawa Hospital Research Institute explore cellular mechanisms underlying neurodegenerative and neurodevelopmental disorders and their links to the cardiovascular system: the Brain – Heart Axis.

The Laboratory of Translational Genomics is currently working on three loci, 9p21, SPG7 and IRF2BP2, to elucidate their biological impact on CAD risk and to transform GWAS discoveries to therapeutic applications.

The 9p21 locus (with 52 linked variants) is the first genetic risk factor for CAD identified by 3 independent GWAS, including ours (Science, 2007, 316: 1488-1491). We found that it disrupts regulatory sequences and affects expression of genes controlling cell proliferation (ATVB, 2009, 29(10): 1671-1677; JACC, 2013, 61(2): 143-147). The laboratory is addressing mechanisms affected by 9p21 variants, including disrupted regulation by TEAD transcription factors and how this disruption impacts vascular cell proliferation and atherosclerosis progression.

Dr. Stewart is a founding member of the international CARDIoGRAM consortium comprising GWAS of > 20 centres in 8 countries for the discovery of genetic risk of CAD. CARDIoGRAM has published the landmark papers on the genetics of CAD.

To enquire about available positions, please submit your CV with a cover letter detailing what you can bring to the team.

The laboratory has ongoing collaborations with faculty at the Ottawa Hospital Research Institute (H-H Chen). 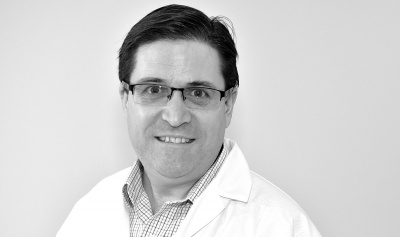