Our research program is very patient focused. In general we have two criteria when considering starting a new project. Firstly is there an important clinical research question to be answered? Secondly does our group have the necessary experience, skills, resources and collaborations to be able to answer the question?

BRUISE CONTROL-2 Study- a multicentre randomized controlled trial to investigate whether a strategy of Continued versus Interrupted novel oral anti-coagulant (NOAC) at the time of device surgery, in patients with moderate to high risk of arterial thrombo-embolic events, leads to a reduction in the incidence of clinically significant hematoma.

OCEAN Study- a multicentre randomized controlled trial to investigate whether a strategy of ongoing, long term oral anticoagulation is superior to a strategy of antiplatelet therapy (ASA) alone on the incidence of cerebral embolic events in moderate risk patients post-successful catheter ablation for atrial fibrillation.

Image-HF-Project IIA study- a multicentre-cohort registry of patients clinically referred for primary prevention implantable cardioverter-defibrillator ICD with or without cardiac resynchronization therapy (CRT). Delayed Enhancement MRI (DE-MRI) is being used as an aid in the prognostic utility of scar quantification techniques in predicting arrhythmic cardiac events and in assessing the predictive utility of scar volume and distribution in clinical response rates to CRT.

MAPIT CRT study- a multicentre randomized controlled trial to determine whether MRI-guided placement (using LV remodelling criteria) of the ventricular leads at the time of CRT device implant will result in improved CRT response in patients as compared to standard lead placement.

RASP study- a multicentre randomized controlled trial to examine whether right ventricular (RV) septal pacing has any different effect on left ventricular function than RV apical pacing in patients who require a pacemaker.

CHASM-CS study- a multicentre cohort registry study investigating cardiac sarcoidosis as the underlying cause for unexplained new onset significant cardiac electrical conduction system disease in patients less than 60 years of age, or patients with idiopathic sustained ventricular tachycardia.  The study is also following patients diagnosed with pulmonary or systemic sarcoidosis who have an abnormal ECG or holter or echo test.  The study will follow the clinical outcomes in these patients and assess the role of advanced imaging  in diagnosis and guiding treatment.

To enquire about available positions, please submit your CV with a cover letter detailing what you can bring to the team. 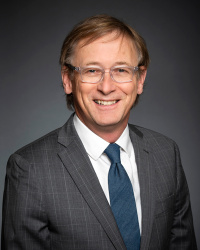