A native of Kingston, Ontario, Dr. Rubens completed his medical school training at Queen’s University in 1985. After completing his surgical training in Ottawa, Dr. Rubens undertook research training as a Fellow from the Medical Research Council in the Department of Pathology at McMaster University, for which he received a Masters of Science degree for work focusing on thrombosis and cardiovascular devices. In 1992 he returned to Ottawa to complete his cardiothoracic training and fellowship. Dr. Rubens was certified by the Royal College of Physicians and Surgeons of Canada in General Surgery in 1990 and in Cardiovascular and Thoracic Surgery in 1994. He was promoted to the rank of Full Professor in the Department of Surgery in 2006.

Dr. Rubens established an active Canadian program in the surgical treatment of chronic pulmonary embolism for which more than 180 patients have benefited which is the second largest case series in North America. The program in Ottawa receives referrals from across Canada and has been recognized as a Center of Excellence by the Province of Ontario. Dr. Rubens has successful experience in minimally invasive surgery and novel surgical therapy for high risk patients undergoing cardiac surgery, and he has pioneered several key surgical techniques in Ottawa including radial artery bypass, descending thoracic aorta-coronary bypass, gastro-epiploic bypass, stentless valve surgery, arterial y-grafting, axillary artery cannulation, off-pump redo coronary surgery, mammary artery skeletonization, arterial grafting in the elderly and novel techniques in off-pump surgery. Dr. Rubens is recognized nationally as a leader in multiple arterial revascularization having completed over 1400 cases of  bilateral internal thoracic artery grafting of which over 1000 were completed using skeletonized techniques.

Dr. Rubens’ research has focused on improving the outcomes of patients undergoing surgery with the heart-lung machine. Dr. Rubens has been the principal investigator for several peer-reviewed grants from the Canadian Institute of Health Research and the Heart and Stroke Foundation and he has served as an internal scientific reviewer for the Heart and Stroke Foundation of Canada. He has over 200 peer-reviewed publications, review articles, abstracts and book chapters. He is also a popular speaker, having given over 80 invited lectures in Canada and abroad on the pathophysiology of cardiopulmonary bypass, chronic pulmonary embolism, and blood conservation. He is a member of the Canadian Cardiovascular Society, the American Heart Association, the Society of Thoracic Surgery, the American College of Surgeons, the American Association of Thoracic Surgery and the Canadian Society of Cardiac Surgeons and he is on the Editorial Board of the Journal of Thoracic and Cardiovascular Surgery and an Associate Editor of Perfusion. Dr. Rubens was the Program Director for the Cardiac Surgery Residency Training Program at the University of Ottawa from 2005 to 2016 and he has won numerous awards for his  dedication, mentoring and novel teaching techniques. In 2015, he was the recipient of Program Director of the Year from the Royal College of Physicians and Surgeons of Canada. In January 2016, Dr. Rubens was appointed the Patient Experience Director with the Department of Surgery at The Ottawa Hospital. 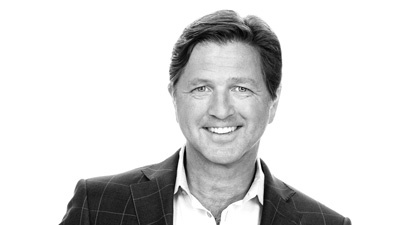